Presentation day of the project "EverydayRLS"

On April 10th the project was presented “EverydayRLS”At the auditorium of the Inail Palace in Rome. The project, in collaboration between theINAIL and the RTI made up of Federsicurezza Italia, Piazza Copernico and Enapra, was born from the public notice promoted by Inail for raising awareness on issues of safety at work and in particular for the role of the RLS. 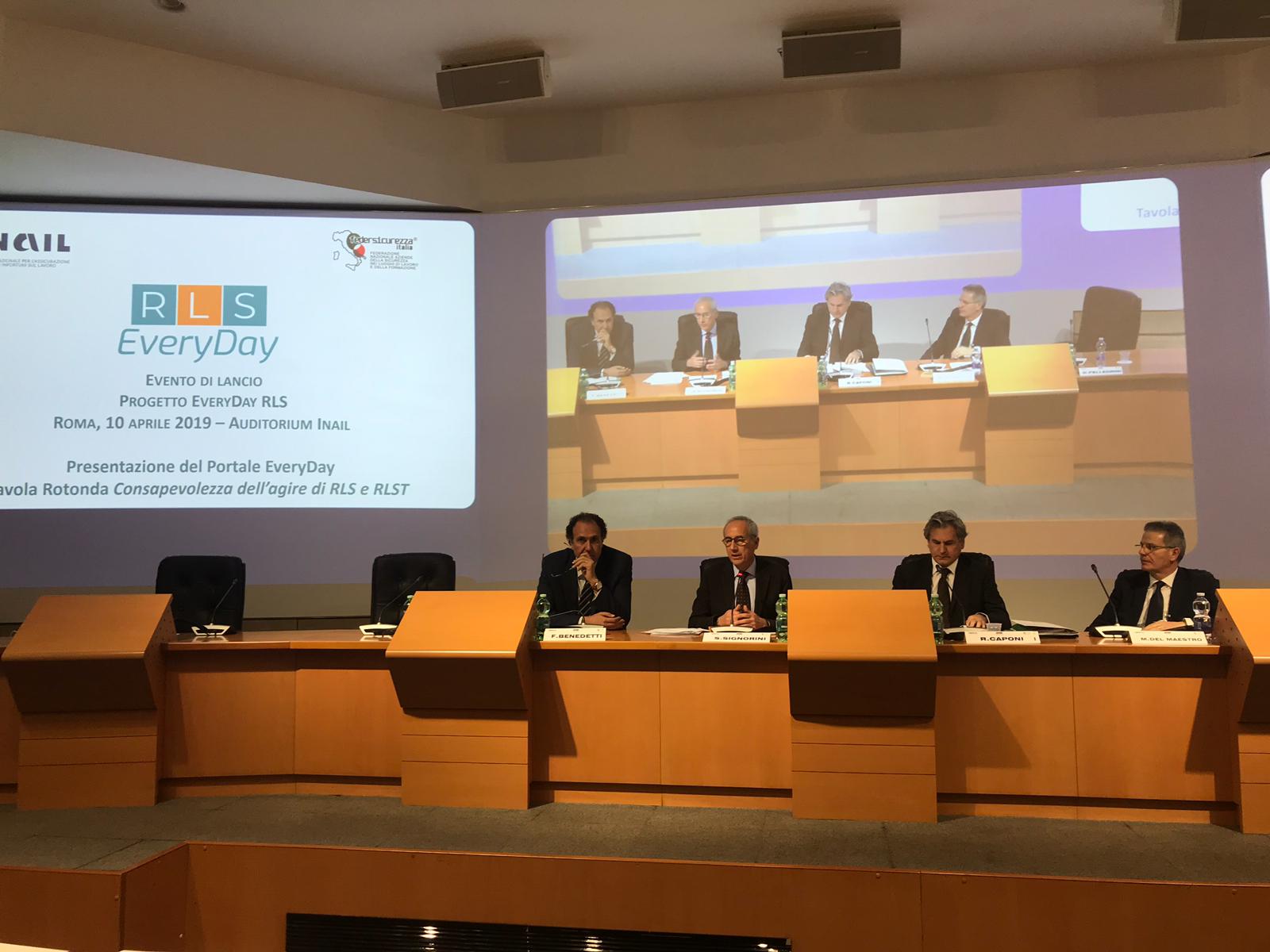 The day opened with the intervention of Tommaso De Nicola (Vicar of the Central Prevention - INAIL Department) who underlined the INAIL's commitment to the promotion of technical / information tools made available to the RLS, a fundamental and transversal figure in the relationships established among the actors involved in the process of corporate security and who despite everything needs a strengthening of their "identity".

Marco Arturo Romano (President of the leader of Federsicurezza Italia) then highlighted the importance of training and information on these issues, describing the support and commitment provided by the Federation to its members. 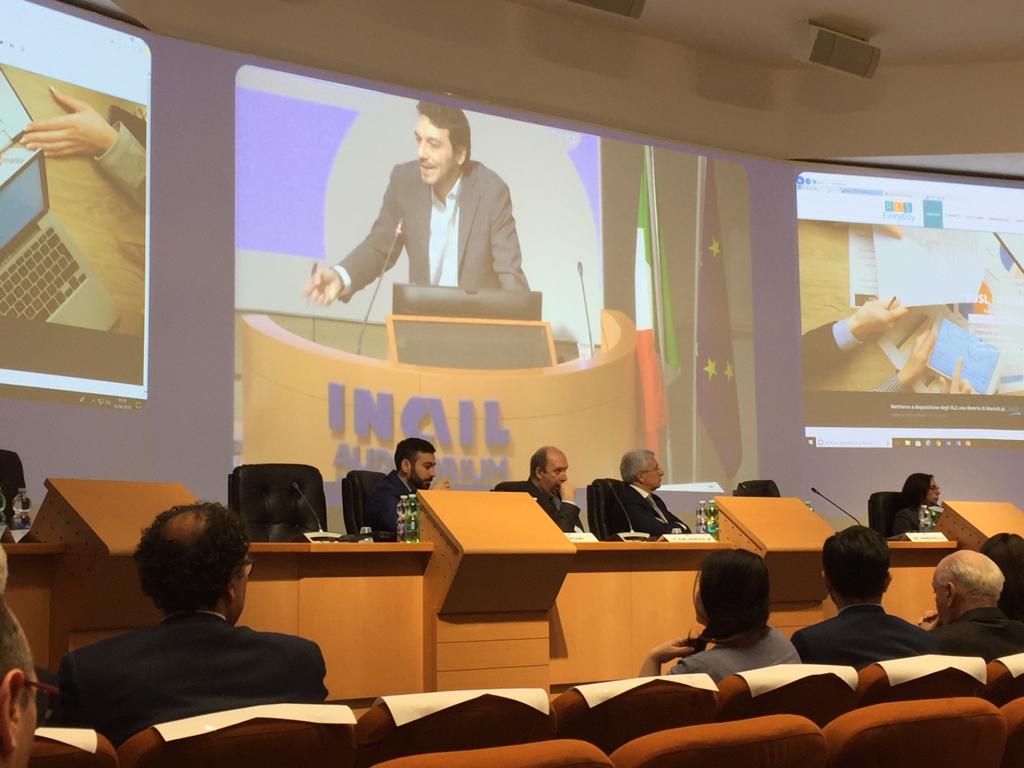 After an introduction aimed at the contextualization of the project and the commitment sustained by the parties for its realization, the word was passed on to Marco Urbinelli (Head of distance training for Federsicurezza Italia) who concretized what exposed in the previous interventions by presenting the result of the shared work, the EverydayRLS portal.

In the first part, attention was paid to the general aspects that make up the portal and to the functions at the service of the RLS with the aim of representing an information system for these figures that can constitute a continuous and always updated point of reference for both Newly certified RLS, but also for all RLS and RLST already operating in companies and on the territory.

A fundamental point of the portal is the practicality of use through various supports (pc-tablet-smartphone), given the possibility of making it a daily tool at one's service.

Hence the name EverydayRLS, a system that can represent a valid support for the RLS in its role of representation and connection between workers, safety managers and the employer every day.

The criteria for using the portal were designed from the point of view of the RLS which will be able to "model" the tools made available as it pleases. For this reason, the presentation continued by concretely simulating a typical situation to which the RLS is called to respond that, through the use of the digital library (specialist documentation), the creation of checklists, report forms and related forms will be able to manage expected results with awareness and efficiency. 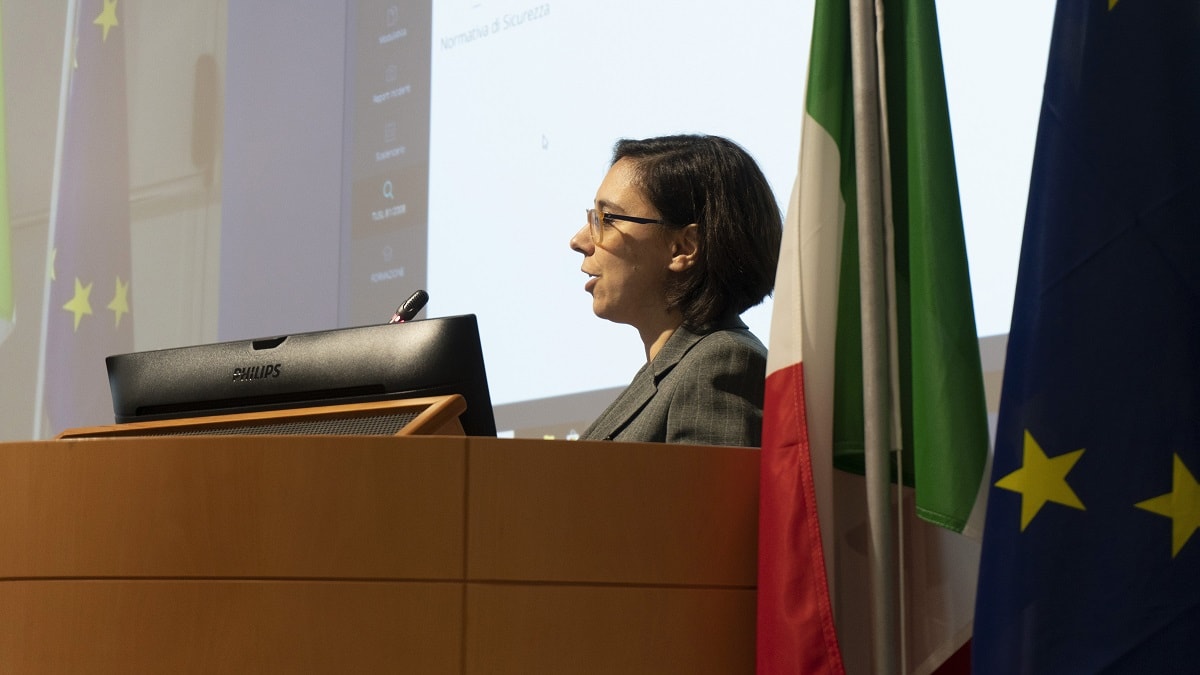 Daniela Pellegrini (Head of Research and Development for the e-learning company in Rome Piazza Copernico) then focused on the more technological aspects related to the project, deepening the criteria used in consulting the documents made available. An important advantage of this tool, based on an advanced semantic search system, is the possibility of having an explicit system for analyzing one's role and related activities. In fact, a clear representation facilitates the in-depth study and interaction paths with the information system, allowing continuous consultation over time in on-demand mode in search of what is of interest at a specific moment.

Another highly technological aspect of the portal is represented by the "game" or digital gym, based on the theme of "behaviors and solutions". The user is asked to define a path of decisions with respect to a given situation and check the results of the decisions taken. In this way the RLS analyzes its degree of virtuous intervention on situations, with timely feedback on updating needs. 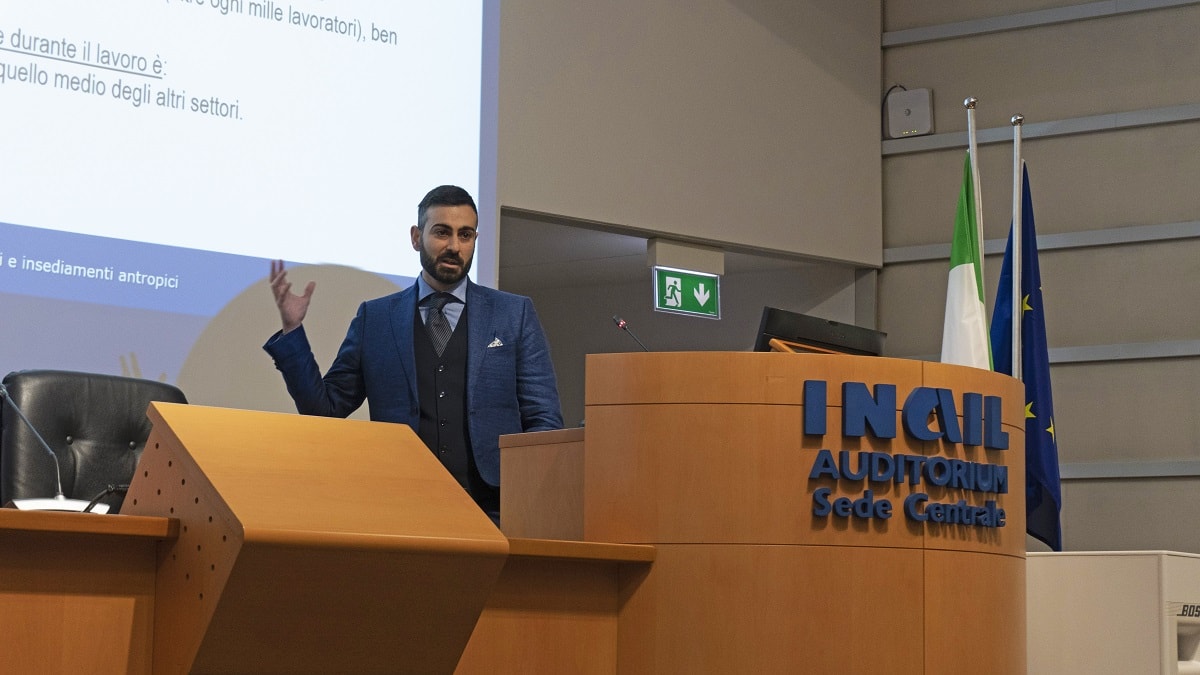 Daniele Puri (Department of technological innovations and safety of plants produced and anthropogenic settlements, Inail) member of the technical table shared between Inail and RTI, he then deepened the more technical aspects related to the figure of the RLS, thus introducing the round table composed by Roberto Caponi ( Director of the Confagricoltura Trade Union Area - President of EBAN, Enapra), Mauro Del Maestro (Consultant for Training, Federsicurezza Italia), Fabrizio Benedetti (General Coordinator of Technical Consultancy for Risk Assessment and Central Prevention, Inail) with moderator Stefano Signorini (Research Director of the Department of Medicine , epidemiology, occupational and environmental hygiene, Inail).

The round table, from the theme AWARENESS OF ACTING of the RLS and RLST, concluded the work highlighting what has already been done and what can be done in favor of the RLS that operate daily in their working contexts having to affirm their role among communication skills, knowledge of the regulations and the specific risks to which workers are subjected.

With this in mind, the EvrydayRLS portal acts as a direct "interlocutor" expert in the subject to whom to ask questions, to whom to entrust their documentation and to ask for practical examples and simulations to make the role of the RLS more aware and responsible in the circuit. corporate security.

Site of the project "EverydayRLS"