This week we inaugurate a fixed column in our Blog that will focus on highlighting characters who, in one way or another, we believe important for the diffusion of a theme that is very close to us, that of RESEARCH AND DEVELOPMENT and CONTINUOUS INNOVATION.

They will not necessarily be characters linked to the world of education, but people who with their example push us to look for new e-learning solutions every day.

Carletto Calcia: "I am a man from the past who looks to the future"

Carletto Calcia, of Piedmontese origins, classical studies and graduated in 1950 in electrical engineering at the Turin Polytechnic, began a long life of work at Tecnomasio Italiano Brown Boveri, one of the most prestigious companies in the Italian electromechanical industry of the twentieth century. After having held various positions in Italy and abroad, following the birth of Asea Brown Boveri (ABB) he reached the position of managing director and general manager of ABB Adda in Lodi. His activities have taken him to Europe, the Americas, Asia and Oceania. He has been a member of the Boards of Directors of various companies of the ABB group in Italy and collaborates with various Italian institutions (for example ANIE, federation of electrical and electronic companies of Confindustria) and with some American management magazines. 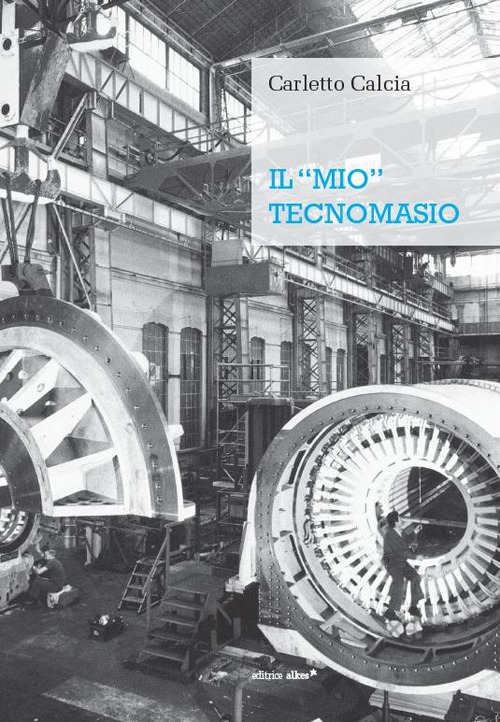 He is the author of the interesting volume “My Tecnomasio”, in which he narrates the working life of an engineer at the Italian Tecnomasio Brown Boveri. This work is more than a simple historical memory, a management treatise, or an autobiography. It is a story corale, enriched by the voices and testimonies of many of the author's colleagues and friends, who shared commitments, challenges, changes, successes and disappointments with him.

"I met the engineer Calcia many years ago - Matteo Marini, president of ABB Italia writes in the preface to the volume - and I immediately noticed the apparent contradiction between his representing the historical memory of Tecnomasio and his continuous search for new, of innovation in a broad sense, especially if linked to business models, markets or management techniques, always characterized by an incurable optimism and an unshakable confidence in the future and in the ability of man to be able to manage it, taming it to their needs ".

An "Enlightenment of the third millennium"

This is how the engineer calls himself today 93 years brought splendidly, among the protagonists of the Italian economic boom to which he contributed significantly by strengthening the country's electricity infrastructures, he has always been an advocate of the values ​​of responsibility, respect, determination, technological innovation, integration capacity and multicultural vision.

Today he is a lover and an expert on the subject Intelligence Artificial, promoter of a balanced relationship between man and machine, a relationship that can and must remain healthy as long as companies, people and institutions undertake a joint effort to manage change intelligently.

“Robots will not prevail over people. It is very difficult to replicate skills that are inherent in the brain and in the human dimension such as emotional intelligence, empathy, passion, conscience. We will have increasingly sophisticated machines but able to act only according to what they will be programmed for, to the contents that we will insert. Einstein was the first to have already understood everything: the difference between them and us is that they know how to give answers but not ask questions ”.

Engineer Calcia has just organized one Conference on Artificial Intelligence (Belgirate, 25 May 2019), focusing on a positive interaction between human activities and machine activities.

"Get involved without ever stopping to learn new things"

A statement that the engineer perfectly embodies, and that the e-learning company of Rome Piazza Copernico shares and strives to put into practice in the commitment of each day.